A chance to visit Braunschweig in June 2017

Seven of BBTA members met Paul Kavanagh President of the DEG and his colleague Jens Mueller today (12 Dec). Huw Morgan Chairman of the Bath Operatic and Dramatic Society was also there. BODS (20 members) are visiting Braunschweig 6 to 11 June 2017. They are going by coach and Paul has hired 4 bed flats at a cheap rate for them in Braunschweig for that period. The coach seats 29 so there are 9 cheap seats if any members would like to go!

Anyone interested should contact Paul (info@deg-bs.de) soon about the accommodation and Huw (huw@morgan-bath.co.uk) about seats on the coach.

Members of the Association  enjoying an evening together at the Annual Dinner, 2015 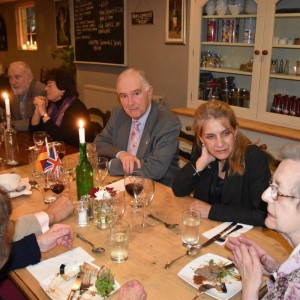 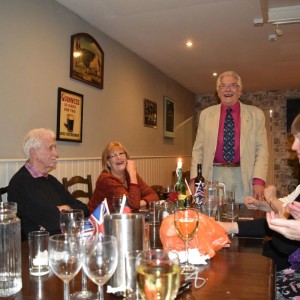 Bryan, our Chairman entertains us. 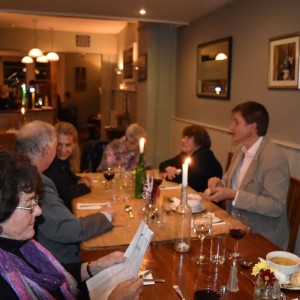 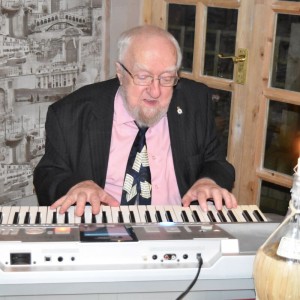 Don plays for us at the BBTA Annual Dinner, 2015

Mourning the Loss of Treve Erdmenger, Chair of the AGS in Braunschweig.

Posted by BBTA on in News | 0 comments

Brunswick.  Unexpedtedly for her friends and family,  Treve Erdmenger, Chair of the Anglo-German Society in Brunswick, has died.    As the deputy Chairman of the AGS, Barbara Heck announced, that Treve Erdmenger had led the Society for more than thirty years, “with extraordinary skill and organised evening meetings of great variety.”   The AGS will try to continue to offer a programme in the spirit of Frau Erdmenger.

Born in New Zealand,  Treve Erdmenger met her husband in Australia, and then accompanied him back to Germany.   Brunswick became the new home for the family with two sons.   Treve Erdmenger taught in adult education, English and French at the BBS V, a secondary school, and was involved in a variety of groups, and organised group outings.

She will me much missed by friends

in Bath and Braunschweig who knew her well.